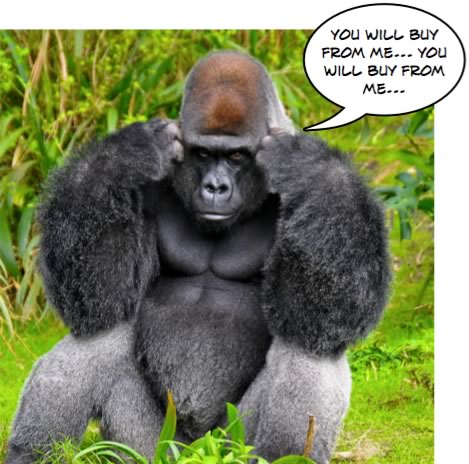 All internet marketing systems fail. Choke. Bite the big one. Every last one.

They fail because they attempt to invent and impose a new system from the top down. If you want to succeed, you need to build a strategy around behavior that’s been observed and clarified.

All of those marketing systems that tell you to be a shark or a big shoe or some other weird object make the same mistake. They go the invent-and-impose route, instead of the observe-and-clarify.
Here’s how your average salesman hatches an internet marketing system:

Examples include Twitter auto-follow software, SEO link spamming networks and more elaborate systems that try to take you ‘step by step’, from no customers to lots of customers, regardless of your product or service.
All of these systems fail in the long run. They fail because they’re invented and imposed on people who have no intention whatsoever of playing along. Or they fail because they’re intended to be technical advice, and business owners use them as marketing strategies.

Stepping waaaay outside of the marketing world for a second: Einstein’s Theory of Relativity works. You don’t even have to understand it. Einstein figured how energy and mass have always interacted. He observed and clarified an existing principle. That enabled a lot of other scientists to apply it, make more discoveries and do other cool stuff.

Any Physics smartasses who are about to say “not always!” or “what about unified field theory?”, well, I just said it for you.

Communism flopped. It’s an imposed system, based on a few people’s idea of what an ideal world would look like. Not only did Communism ignore basic principles of human behavior, it depended on people changing some of those behaviors. Any parent of a teenager could’ve told Lenin that wasn’t going to work.

I’ve gotten lots of e-mails from agencies telling me they have a ‘green marketing strategy’ that will help me get more customers. Apparently, it’s a system they’ve used for everyone from computer manufacturers to Joe Schlabotnick’s House of Hot Dogs.

But marketing a product as ‘green’ typically fails. Why? Because most people don’t care. A product’s green-ness is pretty low on most folks’ priority list. Saving money? Good. A quality product? Better. Safe? Fantastic. Green? Er, only if I can get the other three. Green marketing campaigns typically try to impose the greener-is-better ideal on the larger marketplace. Fail. 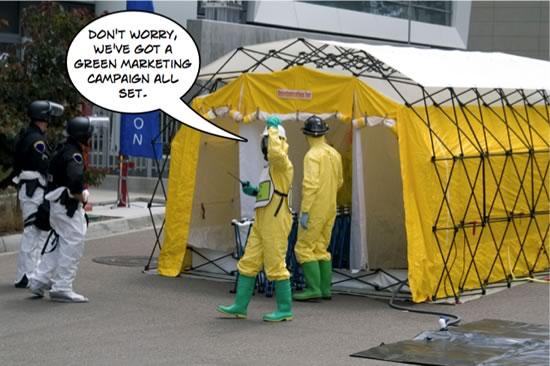 Hyundai used to get laughed at. People saw their cars as cheap, junky and embarrassing. They were the butt of jokes for years. But consumers bought them anyway. That’s because Hyundai understood a basic principle: The average driver wants a car that’s reliable and inexpensive. So Hyundai provided both (plus an amazing warranty from day 1), crushed what was left of US auto makers and gave Japanese car makers a headache, too. And you know what? They don’t make a single hybrid.

I drive a Prius, by the way, and not under any assumption that it saves me money. I’m a tree hugger. I wish the green message worked in the mass market. But it doesn’t.

If you want your internet marketing strategy to work, look for the motivations that have always driven your audience: That squishy stuff that’s really hard to put into a checklist.

Most important, research your audience, a lot. Don’t research them using dated systems like focus groups and surveys. Instead, put your stuff out there, in front of the audience, and see how they respond. Test. Use analytics. Then adjust.

Observe what works. Clarify it. Repeat.

You’ll unearth a continuously improving set of principles that help you market and sell. And the only ‘system’ you’ll develop will be the one your customers tell you to develop.