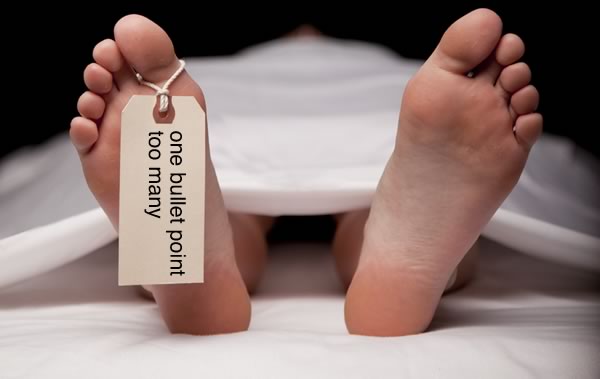 I’m striking out against the grand tradition of Powerpoint-as-outline, aka Powerlines. They’re a fatal illness breaking out at conventions, conferences and in board meetings across the country.

The authorities would like you to think this is all under control. But trust me, THEY WON’T DO ANYTHING until it’s TOO LATE, and we’re all barricaded in our homes, fending off thousands of zombified Powerpoint addicts.
So we must take matters into our own hands.
Powerpoint slides should serve as:

They should not be:

The slide at the beginning of this post is supposed to express the horrors that can happen when Ian Gets No Chocolate. So, instead of a bunch of words, what if we tried: 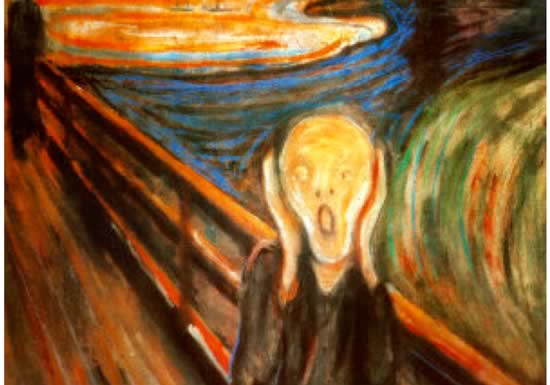 That image works admirably. Why? Because I, or the biologist who studies my corpse after I’ve been without chocolate for 3 full weeks, will be standing there. And I (or she) will be saying “Chocolate is good. Plus it keeps Ian from going insane. So when he hasn’t for any for a long time, it can get ugly. We’re just sayin’.”.

Or, you can support the same statement with this:

…People filling Powerpoint slides with text kill people.
Pledge with me: “I shall not use Powerpoint as line-by-line documentation. I shall use Powerpoint to set environment and tone, and reinforce my presentation.”
Amen, brothers and sisters!